Saturday the Iron Hippie and I celebrated our 6th Anniversary like we did on our wedding weekend…racing the Okoboji Triathlon!! We love this event for many reasons…small town fun, short and fast, not regulated by USAT, and we get to go home and stay with my parents (unfortunately they were gone this trip).

We woke up at 4:30 am, ate some breakfast (though not my typical pre-race meal since I forgot the cream of rice cereal and beet powder back in Ames…UGH!!), put on my tri kit, finished loading the car, and drove the 2 miles to the race start. It is so nice to sleep at “home” and be so close to the race site! We arrived to the transition area at about 5:30 am…just in time to quickly pick our transition spot by the bike in/out, set up our transition area, and make our way to the Okoboji Marathon start at 6 am to cheer on the marathon runners. The Okoboji events include the marathon starting at 6 am, the triathlon starting at 7 am, the 1/2 marathon starting at 8 am, and the 10K starting at 9 am. The triathlon and marathon both start at Arnolds Park Amusement Park, but the 1/2 marathon and 10K start at other locations around West Okoboji Lake so the athletes can all finish at the Amusement Park at about the same time (though the super fast people throw the timing off a bit). After cheering on the marathon runners as they started their day, we went back to the transition area, checked over our set up, donned our wetsuits, and made our way down to the swim start for a pre-race swim. The weather was perfect!! It was cool, low humidity, low winds, and the complete opposite of most years for these events. Because of low winds, the water was like glass…super flat!! The Okoboji Triathlon is what I refer to as an “Olynt” distance tri because each distance is between that of a sprint and Olympic distance triathlon.

The women ages 39 and under were all in the same swim wave, which started at 7:06 am. I lined up at the front, but a bit farther to the right from the line of black rubber floating tires that we would swim out and around. As the gun went off, I ran a few steps before diving into the water…HOLY ROCKY BEACH!! OUCH!! I think I seriously bruised the bottom of my left foot, but I wouldn’t know this until later. I immediately found traffic free water, got in my groove, and just swam. Swimming out to the turn buoy  (which was orange) was pretty uneventful, but as I rounded that turn buoy, things changed a bit. We now had to look into the sun to see the black rubber floating tires to sight off of, which was a bit of a challenge. Thankfully during my pre-race swim, I found a building at the finish with a big yellow sign to sight off of. This worked much better than the black tires. About 300 yards from the finish, I started to throw-up burp my breakfast oatmeal…GROSS!! Note to self…don’t forget your cream of rice for future races!! I continued to have a contact free swim all the way to the swim exit. Knowing the beach was rocky, I swam as far as I could (even shortening my stroke to that of a T-Rex) before standing up to run out of the water. It was a rather lengthy run to transition, but I worked my wetsuit down below my hips during this time, and removed my swim cap and goggles so I was ready for a fairly quick transition…or so I thought.

After removing my wetsuit, putting on my socks, cycling shoes, sunglasses, and helmet, I was ready to ride. How did this take me 2:20?!?!?!

As I left the Amusement Park, I quickly learned that my bike was in the WRONG gear…hello hardest gear I own! How did I miss that this morning?! After some quick shifting to find my “happy gear,” I was off and flying…well, for me I was flying! This bike course has some small rolling hills, but I was determined to ride the whole thing in my big ring and hammer as hard as I could on the bike. Since it is not USAT sanctioned, I saw a few packs of people drafting on the bike, I tried to hold on to each of them as long as I could, but they were much faster than I was. That’s ok, this meant I got to spend a lot of solo time with my main girl…Mojo!! Thankfully the beautiful weather with little wind made for an easy bike ride that was very uneventful!

Since there is no body marking at this event (yes, you read this correctly…what triathlon doesn’t have body marking?!), you don’t know the ages of the people around you. I decided early on that I was going to give this my best effort…go hard and have fun! At about mile 1, I was nearly hit by a car when the volunteer at the intersection was unable to get the truck to stop and wait for us. There are signs posted EVERYWHERE telling drivers that there is a race in progress, but apparently this guy was in a BIG hurry and just couldn’t wait for one super fast runner. This run course has lots of rolling hills, and at about mile 2 I started wishing I would have taken my fruit snacks on the bike. (Not taking them on the bike was a purposeful decision…I wanted to see how far I would get before I wished I had nutrition.) With just over 2 miles to go, I knew I’d be fine and could push hard to the end…that was exactly what I did! As I came back into the Amusement Park, my sister and twin nieces were there cheering me on to a PR at this event.

Originally I was bummed that I missed the podium by 1 minute, but I am pleased that I pushed hard, gave it my all on this day, and managed a PR by 23 seconds. After all, a PR is a PR…even if it is by 23 seconds 😉 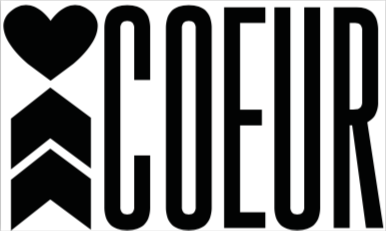