We arrived early, set up transition, and then waited for over 2 hours for the start of the sprint race.

Since the race was in small town Iowa, one of my colleagues (who is also a dear friend) came to cheer us on. It was so nice to have her spectating! She was in all of the right places! 🙂

This was the most DISGUSTING water I’ve EVER swam in! It was so thick and dark that I couldn’t see anything. The water was wetsuit legal, but only by a few degrees, so I opted to swim in my Roka Viper Elite Swim Skin which was the prefect decision for this water.

We started with a floating start. There was no real place to “start” so all of the ladies in the water were chatting (as we waited for the air horn to go off) about moving closer and closer to the first turn buoy and see just when the announcers called us back, but no one was brave enough to lead the way. 😉 There were very few ladies, so I had zero physical contact in the water. I got in a groove and just kept swimming. My swim time was slower than I’d hoped for, but I also think the swim distance may have been longer than the advertised 750 yards.

I quickly transitioned to the bike. Mojo and I were off before I knew it!

Uh Oh! My legs decided to not show up for the party right from the beginning. This was going to be a challenge, but thankfully it would be a short challenge! I had made the decision to go as hard as I could and hold on for as long as I could. Since my legs weren’t having it, going hard wasn’t as hard as I’d hoped. The plus side…my Coeur Sports one pice racing suit was SO comfortable! Smooth as butter + #noangrykitty = WIN!

As the temperatures climbed, I drank my NBS hydration, thanked all of the volunteers, pushed past people, and just kept riding as hard as I could!

I quickly changed into my run shoes and was out on the run.

Yep! The legs decided they weren’t showing up for the run either. It was already close to 90*F heat index when I started the run, and I just couldn’t get the legs to turn over like I wanted. I kept running and doing what I could to keep moving forward, but my legs were in full on protest mode! At about 1.5 miles into the run, I saw a friend in passing who should have been in front of me, so I asked him how it was going only to learn he had been stung by a bee and had to sit in the ditch on the bike waiting for an epipen (the one triathlon he didn’t carry his own with him). Grateful he was ok!

Shortly before mile 2, I saw Rachel and was so happy to be that much closer to done! Now to get back around the lake and to the finish line! 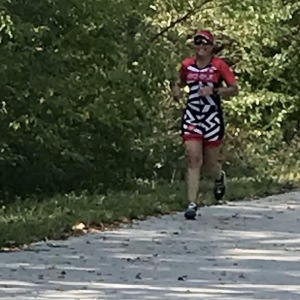 This was not the performance I had hoped for, but any day I *get* to swim/bike/run is a great day! I’m grateful this was a short distance event so I didn’t have to feel *off* all day long! Apparently my body needed a bit more time to recover from Ironman Mont Tremblant before trying to go hard at the sprint distance! 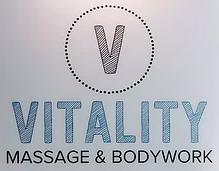